generations of the best glassblowers

Whether it’s a museum piece, chandelier or a dining room centerpiece, every Pairpoint product is individually hand blown by our master gaffers in our facility in Massachusetts. Our standards of craftsmanship, formulas and techniques have been passed down from generations of Pairpoint glassmakers, and even from father to son. It is this time-honored tradition of creating elegant hand-made glass that has set Pairpoint apart for over 180 years.

Our artisans are the heart of Pairpoint. Their artistry is the reason why Pairpoint pieces can be found in over 30 museums, at large public events, and in private collections across the nation. Quality standards and techniques have been passed down from generations of Pairpoint glassblowers, and even from father to son. 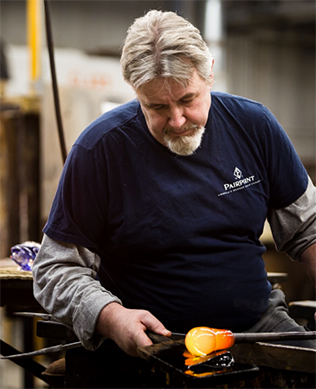 Beginning his professional glass blowing career apprenticing with a team of Pairpoint’s Master Glassblowers, Guy spent six years learning traditional glass making techniques before he was given a bench of his own. Training dozens of glassblowers himself during his tenture at both Pairpoint’s New Bedford and Sagamore factories, Guy’s almost four decade history with the company has rippled across the industry. Expert in lamp work, press, glass blowing, and creating sculptural glass work, Guy’s designs are found at the Metropolitan Museum of Art, Museum of Fine Arts, and in art installations commissioned by institutions like Massachusetts General Hospital. Guy’s sculptural pieces are highly sought after. Corporations, clubs, and sporting events feature his pieces, which combine custom fine art designs with traditional and recognizable Pairpoint signatures. 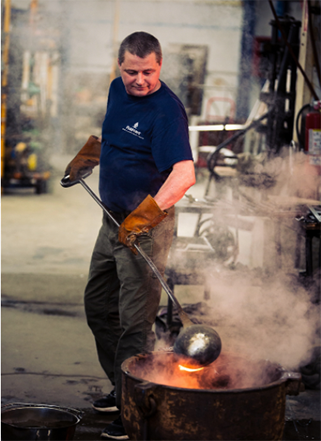 Iain is a second generation Pairpoint Glass Blower. His father, Alistair, was considered one of last generation’s most respected Master Gaffers. Alistair began training Iain from the age of 13. While most kids were playing after school, Iain was becoming an expert at making glass, and found his first job as a teenager making paperweights for Perthshire Paperweights in Scotland. Bringing that talent to America, Iain created a name for himself at a young age by creating pieces for the Metropolitan Museum of Art which allowed him to purchase his own glass making tools, therefore launching his career. Iain continued his glass artistry at Pairpoint alongside many great glass blowers including his father. Known for his beautiful fine art blown glass creations, delicate hand, and attention to detail, Iain became a Master Glass Blower in his own right. Whether his work is held by a Boston Marathon Champion, a US President, or commissioned by collectors, Iain’s pieces reflect time honored glass techniques, with a mastery that collectors cherish. 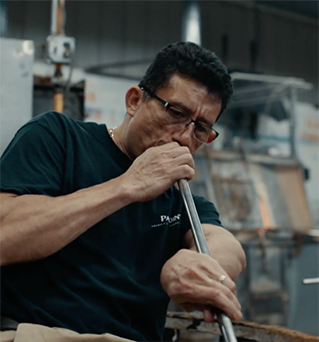 With over a decade of expertise dedicated to Pairpoint’s historic glass presses, Samuel has worked with molds dating back to the beginning of Pairpoint’s 175 year history. Thirteen years into his career Samuel moved to the bench where he trained under many of our respected Master Glassblowers. Today Samuel divides his time between his own bench, and partnering with our other hot shop team to create larger and more complex pieces. An essential part of Pairpoint’s glass choreography, Samuel’s fine embellishments on complex team projects bring pieces to the next level of sophistication and elegance. 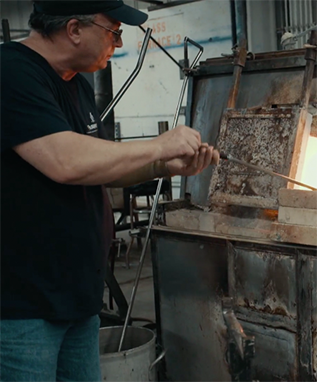 William’s career at Pairpoint began at our New Bedford facility where he was on a four man press team making up to 800 cup plates per day at the height of their popularity. From cancer foundations to Pope John Paul II, William has personally created pieces enjoyed by our worldwide collectors. After working Pairpoint’s historic presses, William was also Lead Lamp Maker, and for years performed weekend glass blowing demonstrations for our visitors. The cold shop, where all pieces are finished or repaired, is where attention to detail is essential. Our pieces are not presented to our customers until it has passed through William’s hands for polish and quality control. Additionally, as Pairpoint’s head glass maker and color mixer, William carries on the great tradition of creating Pairpoint’s unique colored glass based on generations old color recipes. 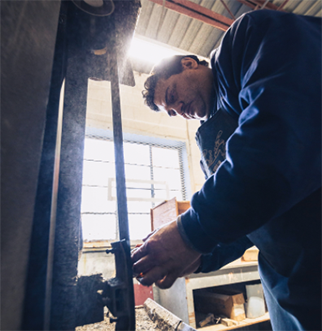 Papo spent his first decade with Pairpoint in the hot shop pressing and apprenticing under our Master Glass Blowers. At the same time, he was pursuing his passion, training to etch and engrave, a job that requires immense talent, focus and patience. With years of training and a very steady hand, Papo became Pairpoint’s head etcher and engraver. His customized pieces have been featured at international sporting events, created for professional sports teams, politicians, inaugurations, and charities. In the final step of our process, Papo determines if a piece is worthy of permanently inscribing the Pairpoint name and trademark.

Honored to be stewards of this great company, Gary and Jeff Tulman are focused on growing Pairpoint’s capabilities and production capacity to serve future generations of glass clients, designers, and enthusiasts. Their mission is to continue Pairpoint’s history of innovation and design, enhance our visitor’s experience, while also honoring the celebrated aesthetic qualities that have made the company famous. 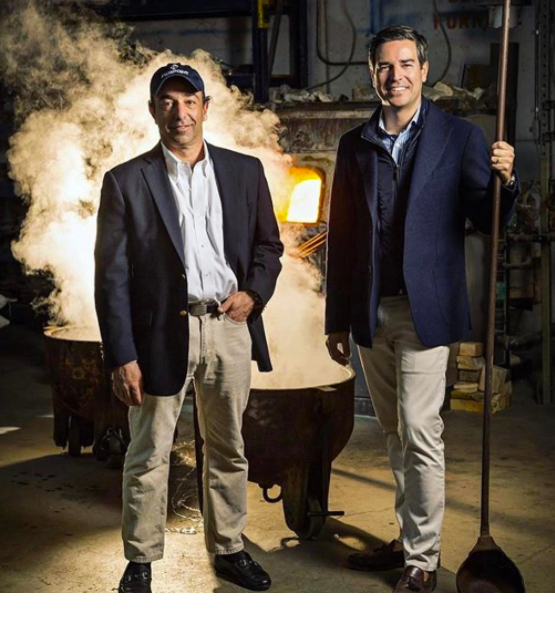